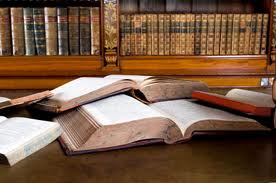 As an employment law expert Tayeb Hyderally many times handles cases in which there are different kinds of discriminatory practices occurring. He chose to practice NJ employment law because there are many interesting facets to each case. As an expert lawyer in employment law NY, he frequently shares with companies, organizations and individuals about their rights and responsibilities. In the case against the New York based fish business, M. Slavin & Sons there were several discriminatory actions alleged. In this case alone there was reported racial and sexual discrimination as well as retaliation to an employee who reported the alleged abuse.

The EEOC (Equal Employment Opportunity Commission) filed a suit in the U.S. District Court for the Eastern District of New York. The claim was that M. Slavin was in violation of the Title VII of the Civil Rights Act of 1964. This law makes it illegal to discriminate against a person based on the individual’s race or sex, along with other categories. This law is also instrumental in protecting a person from retaliation when they try to defend their rights. This makes it possible for employees to file claims against their employers when a hostile work environment has been created through discriminatory actions.

Employees at M. Slavin alleged that there had been several instances of harassment. Over 30 employees stated several instances of discrimination and harassment. Some said that they were subjected to verbal and physical sexual harassment; others said that non-Caucasian male employees (mostly African-American) were continually harassed by various actions such as offensive and unsolicited sexual comments, groping and racial slurs. The first individual who reported the alleged discriminatory actions also reported that he was subjected to acts of retaliation from managers at M. Slavin. His claim was that his immediate supervisors instructed employees to disassociate with him and also made threats on his life.

In December of 2011 the EEOC and M. Slavin reached a settlement in which the company agreed to pay $900,000. But there were other requirements that went along with the settlement proceedings. For instance, M. Slavin also had to revise all of its policies regarding all three areas: sexual harassment, discrimination and retaliation. They also had to submit to being closely monitored by the EEOC for 5 years. An independent consultant was retained so that any further complaints about discrimination could be handled appropriately and the company had to provide training for those individuals who committed the acts of harassment. And they had to continue training for all managerial staff as well as notify the EEOC if there were any new complaints about discrimination.

In this instance there were several infractions of employment law. The company is taking appropriate steps to ensure that this type of hostile environment does not occur again in the future. Cases such as these can become very complicated and it takes an expert at employment law NY such as Ty Hyderally to be able to represent employees and litigate for their rights. The company’s action to retain an employment law specialist on site will help prevent any further infractions of these laws which are meant to protect employees from such abuses in the workplace.